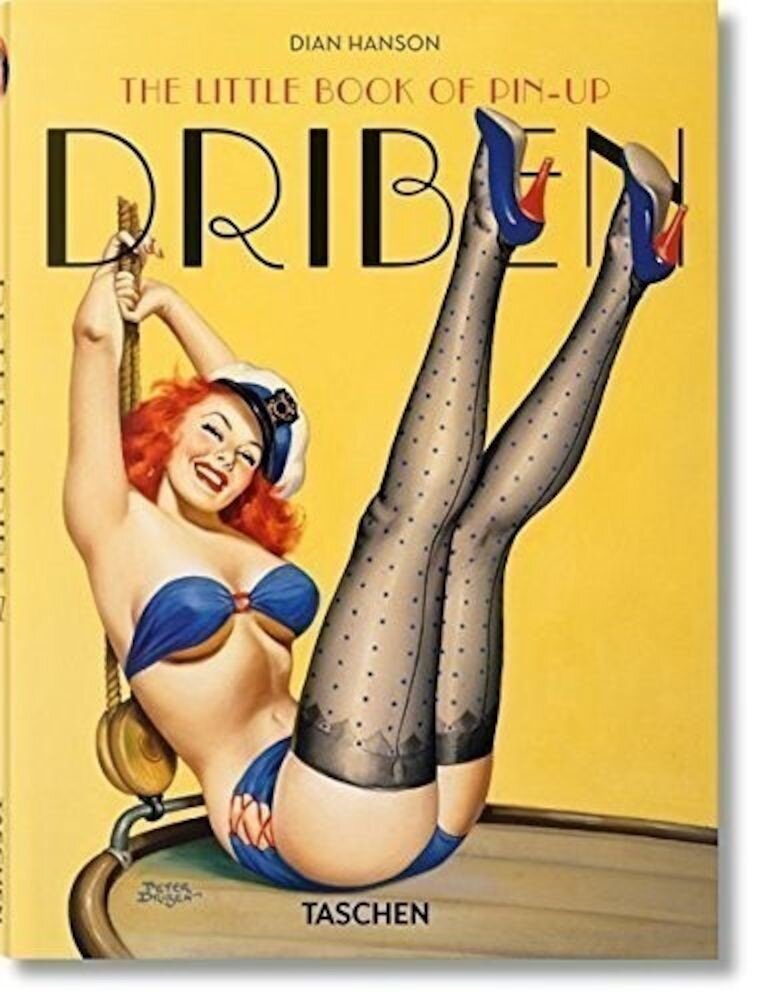 Descriere completa: A little Wink, Flirt and Titter: Peter Dribens colorful mid-century magazine covers His name is less familiar than Vargas and Elvgrens, but his brilliantly colored and voluptuous pin-ups are well known. Peter Dribens career began in 1934, with covers for La Paree Stories, Pep Stories, Snappy, New York Nights, and Bedtime Stories. He progressed to High Heel, Silk Stocking Stories, Gay Book, and Joker, but true fame arrived in 1944 with his first cover for Beauty Parade. For the next 11 years Driben painted the most popular magazine covers in America for Beauty Parade, Wink, Titter, Eyeful, Flirt and Whisper magazines. Long after his death he was rediscovered as the subject of TASCHENs The Best of American Girlie Magazines and since has decorated T-shirts and coffee mugs, album covers, and tattooed tushes. Now his many fans can have over 200 of his original paintings and published covers, from the beginning to the end of his prolific career, in a light, portable and affordable edition. Text in English, French, and German…