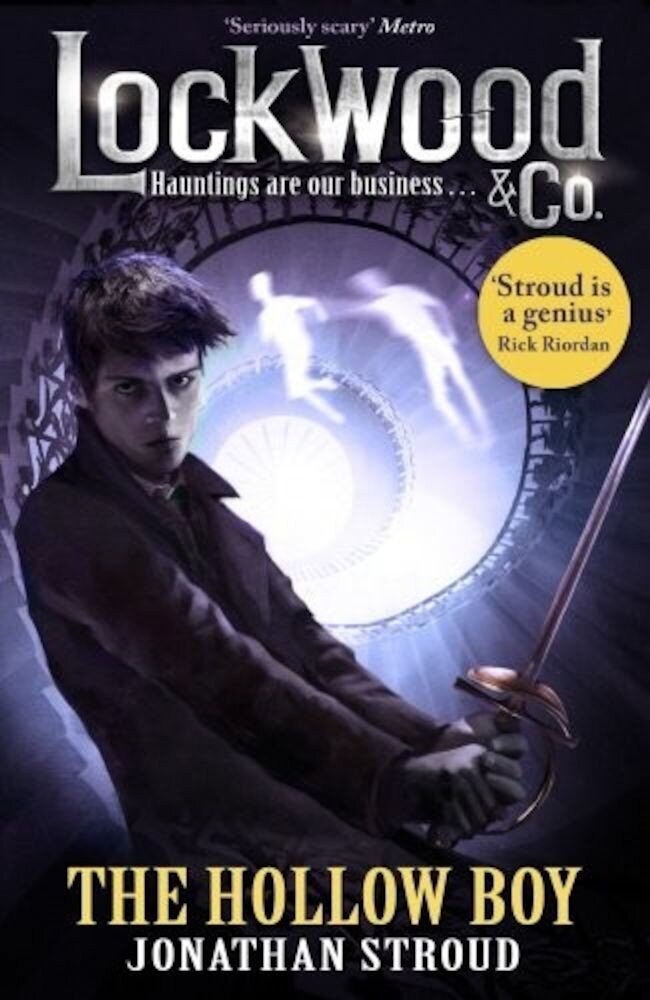 Descriere completa: Lockwood & Co. might be the smallest (some might say shambollic) Psychic Detection Agency in London. But its three agents – Lockwood, Lucy and George – are exceptional Talents. And they get results. When an outbreak of ghostly phenomena grows to terrifying levels in Chelsea, Scotland Yard is left baffled. Even more baffling is that Lockwood & Co appear to have been excluded from the huge team of Agents investigating the Chelsea Outbreak. Surely this is the perfect chance for them to show once and for all that they’re actually the best in town? Well, that’s if they can put aside their personal differences for long enough to march into action with their rapiers, salt and iron…Ghouls and spectres, thrills and tension in this brand-new installment in Jonathan Stroud’s bestselling series.”Stroud is a genius.” – Rick Riordan, author of the Percy Jackson series Jonathan Stroud was born in Bedford in 1970. After studying English Literature at York University, he moved to London, where he worked as an editor in a publishing firm. He is the author of the best-selling BARTIMAEUS sequence, which is published in 35 languages and has sold 6 million copies worldwide. As well as four other novels: HEROES OF THE VALLEY, THE LAST SIEGE, THE LEAP and BURIED FIRE, Jonathan is now writing a chilling new series called LOCKWOOD & CO. He lives in Hertfordshire with his family….